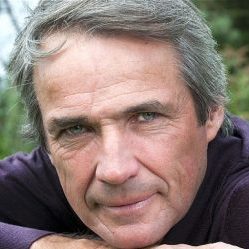 Alan Hansen is known for coining the phrase “you can’t win anything with kids“, having made the remark following Manchester United’s 3–1 defeat to Villa on the opening day of the 1995–96 Premier League season. The remark, Hansen later admitted had pretty much made his career as a media pundit.

United famously proved Hansen wrong of course by winning a league and cup double that season.

In a way Hansen was partly right because hiring a trainee is not something that everyone can be successful with. It takes a certain type of manager to make it work and the results may not be immediate. It certainly demands something special of the trainee too because they must have genuine potential for the role.

In a way what Ferguson did seems so incredibly brave and revolutionary, yet in another way everyone’s career starts when someone sees something special in them and gives them a chance to prove their capabilities despite their lack of experience.

Hiring a trainee is the oldest recruitment gambit in the book. It happens to us all.

What is remarkable is that Ferguson used this approach in one of the most competitive working environments possible. He then proceeded to beat every other team in the league with a team packed with “kids”.

The fact is as Ferguson proved – you can win with kids, but most people simply lack the courage to try. Most average managers and leaders prefer the apparently safer option of hiring journeymen in the hope of building something better than a mediocre team- quite how is usually unclear. Perhaps they are less concerned with winning and more concerned with not losing- alternatively they go all out to pay whatever it takes to hire the best players. But this is no guarantee either.

What is notable is that whilst Ferguson’s young guns were sweeping all before them one Luis Figo (deemed to be the world’s best player at the time) was sold for an eye watering £42m. Such transfer fees are commonplace now yet Ferguson’s team at the time even in its entirety was worth less than this sum.

With the shortage of engineers in the UK what is most surprising is that more companies don’t follow Sir Alex’s example and invest in young talented people. Even if it was just to build a subs bench of trainees who can step in when the moment requires them to it would help to eliminate the pain of losing key staff by providing a pipeline of talent for the future.

Not only can you win things with kids as Ferguson proved. The future of engineering demands that you do. We don’t lack a supply of young ambitious engineers in the UK. We do lack managers and leaders like Ferguson, however. People with the courage to develop and back young talent.